Quest2016‘s prompt number six brought on some serious deja vu. Which turns out to be a good thing. It’s interesting to see how things can change over the course of a year.

Would they miss you if you were gone?

What would have to change for that question to lead to a better answer?

Last year, Seth Godin asked us a remarkably similar question: Who would miss you when you’re gone? That question had a much stronger feel of finality for me, than the “if” in the new prompt. Last year’s question felt and still feels like it’s talking about after you die (you can read my response here). Perhaps it’s a year’s worth of shifting perspective, but the new question brought to mind not death, but distance.

In a sense, I’ve already been “gone”–from the place I grew up, from my family, from most of my friends–for almost five years now. And as to whether they miss me, I know they do because they’ve told me so. And I believe them because of how much I miss them. Because leaving, as healthy and liberating as it’s been for me, tore a small hole in my heart. And while that small hole was filled, at least for a little while, by a new love, I realize now, that love was just a bandage that hid it from view and that the hole had continued to grow a little each day. And when the bandage was torn off? That small hole grew to a gaping wound. And because distance begets distance it was too hard to reach across the miles, or even across the flagstones.

While being absent from their lives has been hard, it wasn’t the hardest part. Because it wasn’t just them I abandoned, or my new friends in my new town. This past year I also abandoned myself–my work, my joy, my art, my life. And I realize now, that before I can change anything about who might be missing whom, I have to start by getting myself back. 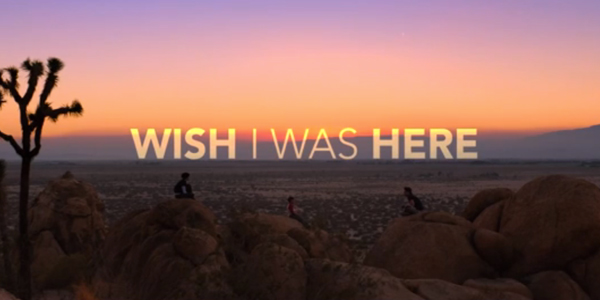 So in the coming year, I will start with myself. With my art. With digging in and reaching out. With rebuilding, reconnecting, reassessing who I am, how I am, what I am, with who I am, and where I am and want to be in this world. In fact I’ve already started. Because the thing about that distance, is that while it may be too hard for me to reach across on my own, it’s not too far for two arms to span when reaching from our separate sides toward each other.